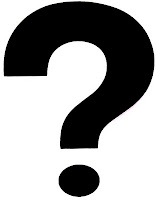 I just realized today that there are no Senators Rookie Stars cards in the 1969 Topps set.

It took me 42 years of owning the 1968 set to realize there were no Giants rookies cards in that set. I have owned the 1969 set for 48 years, so I am clearly not learning from my mistakes!

Why no Senators Rookie Stars cards? Maybe Topps blew their Senators' allotment on having multiple manager cards and a miscellaneous card:

Or maybe there were no prospects worthy of a card (NOT LIKELY, given some of the schmoes Topps has featured on "Rookie Stars" cards!)  Let's see who they had to work with:

Steve Jones had some good stats in 1968, but he was selected by the Royals in the expansion draft. Surely catcher Dick Billings and pitcher Jan Dukes rated a Rookie Stars card, based on their 1968 stats.  They wouldn't get cards until 1971 and 1970, respectively.

Topps whiffed on this one.

Posted by Jim from Downingtown at 5:18 PM 2 comments:

Here is George Brunet’s 1969 card (using the same photo as his 1967 card). Brunet played for NINE teams during his major-league career, and switched teams so often that from the 1963 to 1970 sets, he only appeared wearing a cap in the 1968 set, and THAT one was airbrushed!

Brunet began his career in 1953 with the Shelby (NC) Clippers in the Tar Heel League. After 5 seasons in the minors, he made his major-league debut with the Kansas City Athletics with a few games in September 1956. Brunet was back in the minors for most of ’57, all of ’58, and most of ’59.

He must have felt like a yo-yo, because in July 1963 he was sold to the Orioles, who returned him to Houston the following May. Before he could get settled in back with the Colt .45s, he was sold to the Los Angeles Angels in August 1964. I am surprised today to see that George pitched part of each season from 1960 to 1964 in the minors. 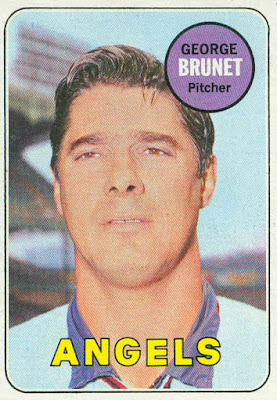 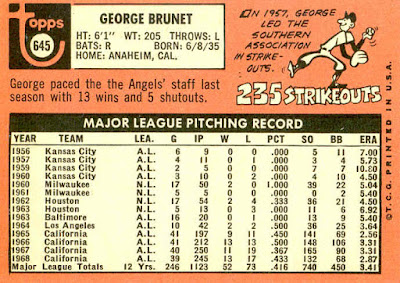 Brunet’s longest stint anywhere was with the Angels, from August 1964 to July 1969. It was also with the Angels that he managed to stay with the big club for the entire season, every season.

Brunet began the 1969 season in the Angels’ rotation, but was sold to the expansion Pilots at the end of July. He never made it to Milwaukee the following season, as the team traded him to the Senators in December for pitcher Dave Baldwin.

George split the 1970 season between Washington and Pittsburgh, then was traded to the Cardinals before the 1971 season (with outfielder Matty Alou) for pitcher Nelson Briles and outfielder Vic Davalillo. Brunet appeared in only 7 games for the Cards, and was released in early-May 1971.

While some American players go to Japan to extend their career, Brunet went to Mexico. He played in Mexico from 1974 to 1989, finally retiring at age 54, having pitched professionally for 36 years.

Don Kessinger was one of the best shortstops in baseball during the late-1960s and early-1970s, making 6 All-Star teams in a 7-year span.

Kessinger made his pro debut with the Cubs' double-A team in 1964, and made his major-league debut that same year with 4 games in September.

He began the 1965 season in triple-A, but was recalled in mid-June, starting 104 of the final 115 games at shortstop. (Journeyman Roberto Pena had started the first 49 games there.) 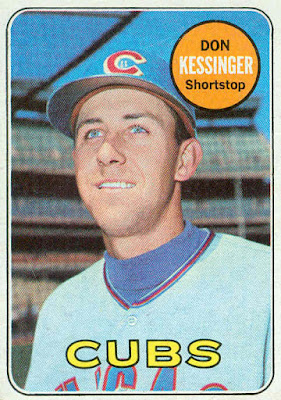 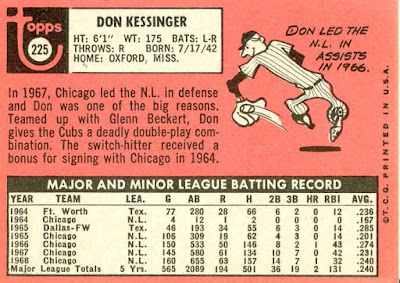 Kessinger was the Cubs' regular shortstop from mid-June 1965 through the end of the 1975 season. Along the way, he was named to the All-Star team every season from 1968-72 and again in 1974. Although his highest batting average was .274 and had virtually no power, he was very good defensively, winning the Gold Glove award in '69 and '70.

After just over a decade with the Cubs, Don was traded to the Cardinals after the '75 season for reliever Mike Garman. Kessinger started 105 games at shortstop in his first season with the Cards, but in early August that job was turned over to rookie Garry Templeton.

Don slid over to 2nd base, starting 29 games there during August, until other rookies were given late-season tryouts at THAT position. In 1977, Kessinger hung on as a utility player until he was traded to the White Sox in August for a minor-leaguer.

Don got his feet wet in the AL by backing up Alan Bannister at SS and Jorge Orta at 2B for the remaining 2 months, then in 1978 he put in a full season (almost) as the ChiSox' regular shortstop. After starting 117 games through the first week of September, he once again fell victim to the "September prospect tryout", this time it was someone named Harry Chappas.

In 1979 Kessinger was named player-manager for the Sox. He managed the team to a 46-60 record, then was fired at the start of August, replaced by Tony LaRussa. Not surprisingly, that was also the end of Don’s playing career.

Kessinger managed the University of Mississippi baseball team for 6 seasons in the 1990s.

His son Keith played briefly for the Reds in 1993.
Posted by Jim from Downingtown at 9:26 PM No comments: