Here is Montreal Expos’ catcher Ron Brand, shown in a late-series card in his brand new Expos uniform. Not only that, but we have an “in-action” shot (rare for 1960s’ cards) that includes his full catching gear. Now THIS is a card!

Brand split the catching duties for the upstart Expos with John Bateman, just like he did for the past few years with the Astros. 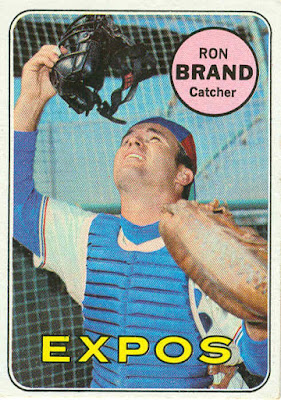 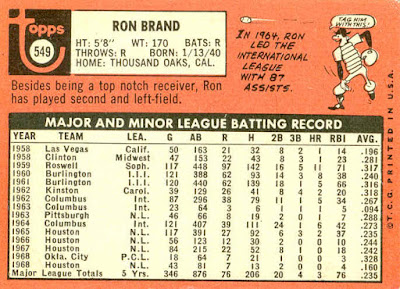 Brand was signed by the Pirates in 1958, and labored in the minors for 7 seasons, although he also saw action in 46 games with the Bucs for part of 1964. He mostly played 2B and SS for his first 3 seasons in the minors, then began catching in 1961 (while still playing infield).

After the 1964 season, the Astros selected him in the Rule 5 draft, and he played the next 3 full seasons with the Astros, getting significant playing time in 1965, but was clearly Bateman’s backup in ’66 and ’67.

In 1968, he dropped to 3rd-string behind Bateman and Dave Adlesh, and spent part of the season in triple-A.

1969 brought a change of scenery for him, but unfortunately, Bateman followed him to Montreal. Although Brand caught more games in 1969 than Bateman or the 3rd “B” in the catching corps (John Boccabella), Ron was glued to the Expos’ bench for all of 1970 and 1971, and when he did play, it was usually as the backup shortstop.

Does anyone remember “The King Family Show” from the mid-1960s? About 3 dozen members of this family had a musical variety show on TV for a year or so. The older ladies comprised “The King Sisters”, a popular quartet during the big-band era in the 1940s and 1950s.

Some segments of the show featured them, while other segments featured the teen cousins (pictured below) singing the top pop hits of the day while wearing matching white sweaters with their names (like in the Mickey Mouse Club). There were also segments featuring the smaller children, and the entire family.

Why do I bring this up? Ron Brand is married to the King cousin named Candy (4th from the left below). 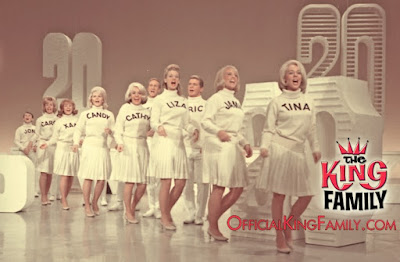 The most well-known cousin was Tina Cole (far right). She was on the "My Three Sons" TV show for several years as one of the sons’ wife. Tina, Candy, and 2 of the other girls have toured in recent decades as “The King Cousins”, following in their mothers’ footsteps.

Other King Family trivia:  Liza (tallest one above) is the mother of Arcade Fire musicians Win and Will Butler. The more you know...

Posted by Jim from Downingtown at 11:00 PM No comments:

The Astros are Back

After a season and a half of ugly Astros Houston cards, the Astros cap logo re-appears in the later 1969 series cards. 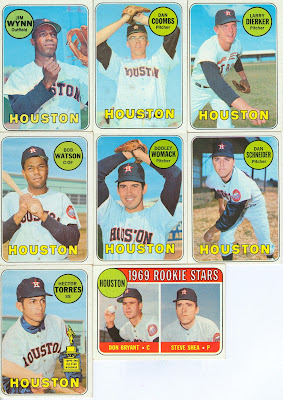 For continuity, Topps still used the team name "Houston", but no longer felt the need to use capless photos or butcher the photos with ridiculous airbrushing techniques (such as the "let's not even try" method of completely blacking out the cap).

Most of these players are featured in their road uniforms, which complied neatly with the edict, while only Larry Dierker is shown in his (somewhat obscured) home uniform.
Posted by Jim from Downingtown at 9:57 PM 2 comments: